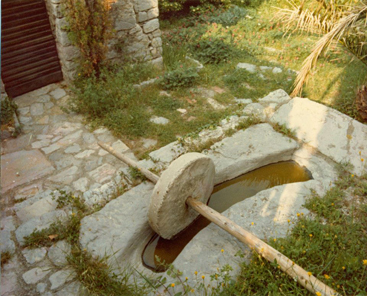 Marija Gimbutas has written “The Language of the Goddess” (1989) and  Peg Streep has written “Sanctuaries of the Goddess. The Sacred Landscapes and Objects” (1994). They have taught  us  that our ancestors  invoked the Goddess in all her powers to aid them in life and death during Neolithic Age. Remember that  Gimbutas explained that life and death are opposites, not a continuity, introducing the “dualism” in the model life of our ancestors. There is ample evidence that during the  former  millennia our ancestors invoked other entities, represented with particular signs, that we know as “archetypes” (Latin and Greek etymology  arché + tupos, beginning + pattern) studied by the Swiss psychiatrist Carl Jung and previously by Plato. Plato’s ideas were pure mental forms but our ancestors engraved their ideas on stones following the need to affirm  that they were living with body, soul and spirit (archetypes of shamanism). Remember that Einstein said: “every thing is changed except the way we are thinking”. Archaeologists have dated to 77000 B.P. the prototype of the lozenge (Greek etymology loxos + anghilos, oblique + cut) which was found in an engraved ochre in  the Blombos Cave, South Africa. Gimbutas explained that the  lozenge is the symbol of the power of fertility offered by the Goddess. The Sacred Spiral  appears on the walls of Paleolithic Caves symbolizing the sacred energy of the Earth (see also Gimbutas). This pattern is present in Malta, in Britain and Ireland and it is particularly famous in New Grange, where it figured in midwinter rites of renewal.

Being an expert in Regional Cuisine it’s possible to note  that particular foods and dishes are closely linked with traditional festivities deriving from paleoastronomy (solstices an equinoxes). It’s also possible  to note  that patterns are similar to the archetypes of lozenge and spiral. Reading the “Gubbio’s Tables” studied by Colin Renfrew in the book “Archaeology and Language. The puzzle of Indo-European Origins” (1987) I discovered that the Oscans offered three kinds of food to their Goddesses Cupra, Padellar and Hule.  These were: struhçla (the masculine sexual phallus, like the Austrian strudel and French baguette)  the ficla  (the hole tart, like the Italian bucellato) and the mefla. It was very difficult for me to find a  cake named like mefla, but I have found in Western Sicily an ancient  Christmas  pie named mufoloni. It is  made in a lozenge pattern with a hole covered by toasted  figs with the  heart of palm inserted.  It was the ensemble formed using  struhçla and ficla!